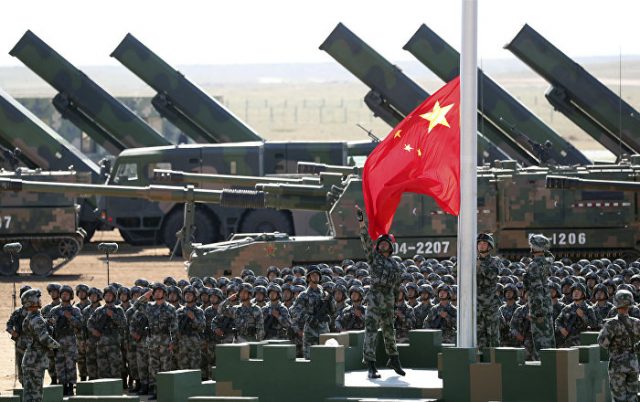 China demonstrated its new DF-31AG intercontinental ballistic missile for the first time at the military parade, marking the 90th anniversary of founding the People’s Liberation Army (PLA), on Sunday.

The parade, long anticipated but only officially announced Saturday, was part of the celebrations of the 90th anniversary of the People’s Liberation Army (PLA). More than 100 planes flew during the parade and almost 600 types of weaponry were on display for the occasion — nearly half of which were making their debut in public, according to the Chinese Defence Ministry spokesman.

Also, a spokesman said China showed off the DF-31AG mobile intercontinental ballistic missile, an upgrade to the DF-31A that was introduced in 2009.”The AG version has
“The AG version has better off-road ability and is believed to carry multiple warheads,” he said. “The DF-31A is fitted with one warhead. Deploying multiple warheads on China’s strategic missiles gives them better abilities to penetrate US missile defense.”
DF-31AG is an intercontinental ballistic missile with a reported range of more than 10,000 kilometers (more than 6,200 miles).
The latest upgrade, the DF-31AG, incorporates three new features, including an off-road vehicle chassis that improves missile mobility and a multiple independently targetable re-entry vehicle, which enhances penetration capability.