Zain Khan (World News) A woman who went to India to cure her depression was raped, beheaded and found hanged upside-down in a forest. Liga Skromane – who was Latvian but who had lived in Dublin for years – arrived in Kerala for treatment with her sister in February. A woman visiting India to undergo treatment for depression was apparently lured away by two men who drugged, raped, and murdered her—and then tried to make her death look like suicide, CBS News reports. Indian police have made two arrests in the death of Liga Skromane, 32, who went missing March 14 and was found last month in a marshy area hanging from a tree. “After a few days, when the body decomposed, the head fell to the ground,” says Manoj Abraham, a police general inspector. The suspects allegedly posed as guides and gave her cannabis, the Irish Times reports; when she resisted sexual assault they killed her by “blunt injury sustained on the neck,” per a police statement.

The two suspects are Udayan and Umesh, drug peddlers were known only by their first names with a history of “sexual predation,” says Abraham. Skromane, a Latvian woman who lived in Ireland with her boyfriend, had gone to India with her sister Ilze for a holistic ayurveda treatment that included yoga and meditation. Skromane was last seen traveling on a rickshaw to a nearby beach. “On April 19 I was praying and praying to God to grant me one birthday wish,” Ilze wrote recently on social media, per the Irish Mirror. “Please let me know where my sister is, please let us find her, this not knowing is so hard to bear.” Two boys found her sister only a day later. Now the family is focusing on her public memorial Sunday and the ongoing police investigation. 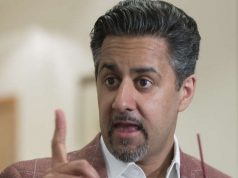