Investigators identified Hashim as the leader of the National Thowheed Jamaath, which they said executed the highly coordinated blasts on Sunday. Over 250 people, including 45 children and 40 foreign nationals, were killed in the deadly explosions. Two days later, the Islamic State claimed responsibility for the attacks and subsequently released an image of eight suspected bombers. The man seen standing at the centre is believed to be Hashim. The other jihadists had covered their faces with a scarf.

Sri Lankan investigators, however, have identified nine suicide bombers, including a woman. “We are looking into the IS angle. We also suspect that some of those radical youth were indoctrinated and trained in India, possibly Tamil Nadu,” the senior official said, on condition of anonymity.

Indian officials would not comment that Hashim travelled to India but pointed to evidence of virtual links he maintained with youth believed to be of Indian origin. More than 100 followers of Hashim’s Facebook page are being investigated, said an official, who asked not to be named. The first hints of Hashim’s doctrinal videos, to likely radicalise youth, emerged when Indian authorities interrogated seven members of a group whose leader, officials found, was a follower of Hashim. The men were IS sympathisers and arrested in September 2018 in Coimbatore, on suspicion that they were plotting the assassination of certain political and religious leaders in India, the official said.

The Sri Lankan Army has, for the first time since the deadly Easter Sunday bombings, confirmed that the suicide bombers involved in the attacks had travelled to India “for some sort of training or to make some more links towards the other organisations outside the country”. 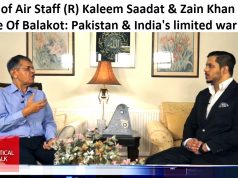