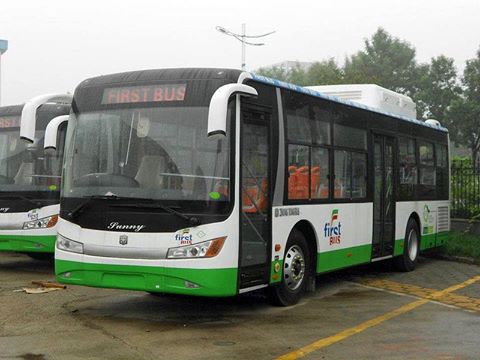 As many as 200 buses to be run on feeder routes of the Metro Bus Service are set to reach the city by mid-September.

An order had already been placed for these buses. The company would run these buses, 162 big-sized and 38 small-sized, under an agreement with the Punjab Mass-transit Authority (PMA) on 14 routes spread over 123 kilometers. The agreement has been signed for a six-year period. It can be extended with consent of both parties.

Pakistan was spending Rs3 billion for the procurement of these buses. The Punjab Mass-transit Authority (PMA) would pay the company Rs165 (for big-sized buses) and Rs140 (for small-sized buses) per kilometer for operating these buses. The company estimates that around 200,000 passengers will travel on the feeder routes every day. The buses will be equipped with Automated Fare Collection and Bus Scheduling System (AFC-BSS) and global positioning system (GPS) tracking devices.

Official documents state that the company will set up card (ticket) sale and recharge points at 22 locations along the feeder routes. These points will remain open during operations hours – estimated to be around 18 in a day. The company will also arrange 15 handheld electronic ticket validators for spot checking by ticket inspectors.

Earlier, PMA  had announced that buses for feeder routes would reach the city in August. The company hoped to arrange public transport facilities within 500 meters of each resident of the city. The authority planned to run around 1,400 standard or mini-buses on 104 routes covering 951 km, he had said.

As many as 35 articulated buses to be used for the Multan Metro Bus Service have reached the country.

The 18-meter long articulated buses would start operations as soon as the construction of metro bus track was complete.