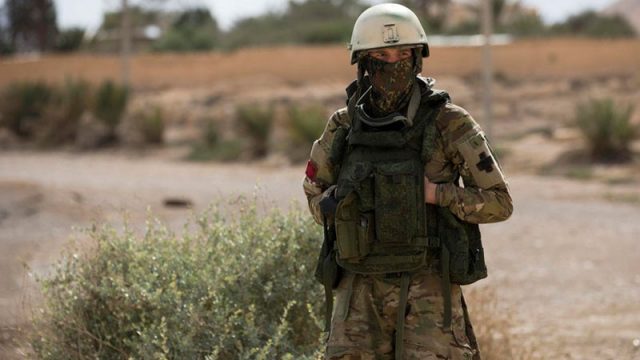 MOSCOW (APP) – A Russian soldier has been killed in Syria, a regional governor said Friday, without giving details of his death.

Local officials, however, said he died in May.

“Asker Bizhoyev has died heroically while carrying out a military assignment in Syria,” Yury Kokov, the governor of the Kabardino-Balkariya region in the North Caucasus, wrote on Instagram.

The soldier “has been posthumously awarded the Order of Courage by the decree of Russian President Vladimir Putin. The award was given to his parents,” Kokov said.

Local authorities in his home district told TASS state news agency Bizhoyev was a contract soldier who reached the rank of major and died on May 19.

A report by US intelligence company Stratfor in May appeared to show that an airbase used by Russian forces between Palmyra and Homes in central Syria was extensively damaged following an attack by the Islamic State group.

Satellite images dated from May 14 and May 17 suggested that four helicopters and 20 lorries inside the base were destroyed by fire.

The Russian defence ministry at the time flatly denied that there has been any attack, saying the craters on the images had been there for months.

His death brings the Russian toll of officially reported combat deaths in Syria to 19.

Russia has maintained a bombing campaign in support of Syrian regime forces in Syria since September, with its aerial campaign coming in at a crucial time to prop up the government ranks.