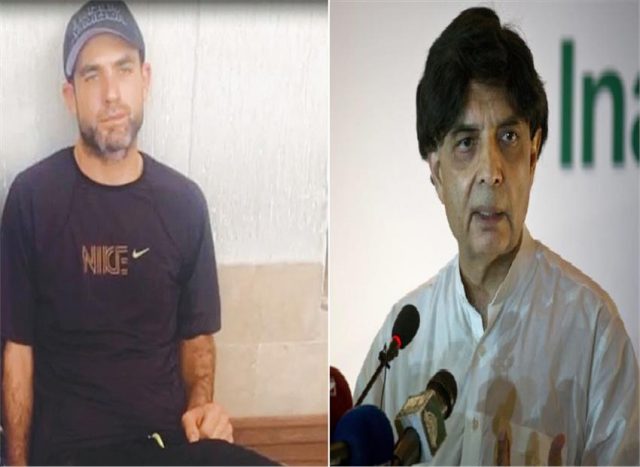 ISLAMABAD: US Black listed citizen Methew Barrets was arrested from Capital Islamabad as he had been banned to enter inside Pakistan by the government in 2011.

US citizen Methew Barrets was asked to leave the country in 2011 upon intelligence agencies report as he was found involved in collecting nuclear information in Pakistan.

Interior Minister had ordered an inquiry into the matter.

The report had been submitted to Interior Minister Chaudhry Nisar Ali Khan regarding issuance of visa to Matthew Brett and then granting entry into the country by the immigration staff despite being blacklisted.

The spokesman said according to the report, the staff of Pakistan’s Embassy in Houston were primarily responsible of the incident, as they issued visa to a blacklisted person without checking his record.

Secondly, the FIA personnel performing duty at the immigration counter at Islamabad Airport were held responsible for showing negligence and permitting Matthew for entering Islamabad, he added.