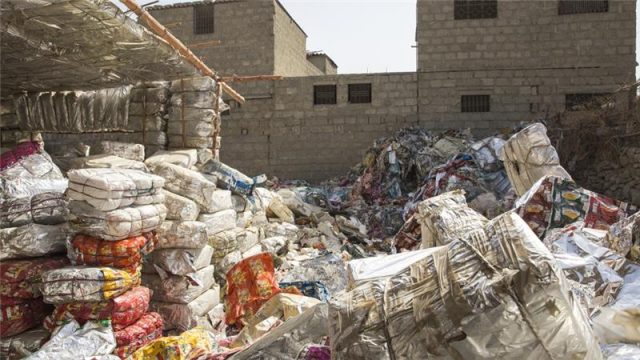 The doctors had given up on her. Her children and husband were at her side, crying. Shouts of “she’s going, she’s going” and “mummy, don’t die” filled the room.

Latif had experienced complications during labour and, despite being admitted to a reputable hospital in the southern Pakistani city of Karachi, the doctors there couldn’t diagnose what was wrong with her, although they suspected it might be blood cancer.

“I can’t even start to tell you how much pain I was in; it was unbearable,” she recalls in vivid detail almost three decades later.

“It was at that time that I reached out to God and asked him to either kill me or to save me, [but] not [to] leave me hanging in the middle. I started crying, and it seemed as [if when] the first tear dropped on the floor, my prayers were answered.”

Latif’s condition gradually started to improve. And she, in turn, started working on the promise she had made to God in the hospital that day – to do something to make the world a better place. 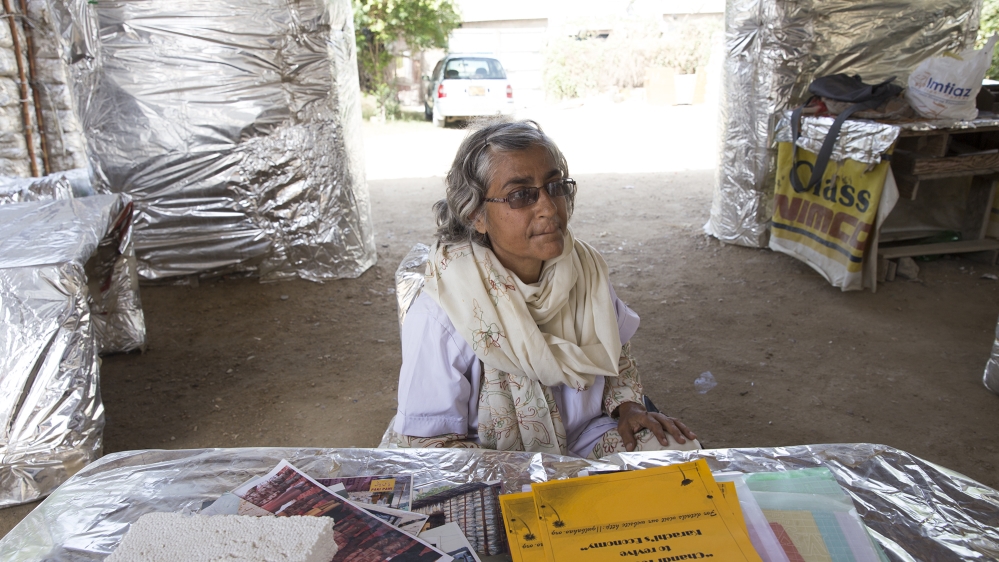 Dedicating ‘my life to it’

Burning rubbish is a common sight in Karachi, a city that produces 12,000 tonnes of it a day.

“I used to get very mad when garbage was burned,” Latif explains, remembering a street sweeper who used to burn it in her neighbourhood.

So, as her condition improved, Latif started to research ways of making use of that rubbish.

After a year of research, she created the Gul Bahao (flow the flowers) project.

With her “team of environmentalists”, Latif devises ways of using rubbish to create houses, water reservoirs, fodder for livestock and instant compost.

“This hasn’t been easy,” she says. “I realised I had to dedicate my whole life to it. Once you commit, you can’t back out.”

“It was also a difficult decision because my father was against it. He told me not to get into this, otherwise, I will be destroyed.” 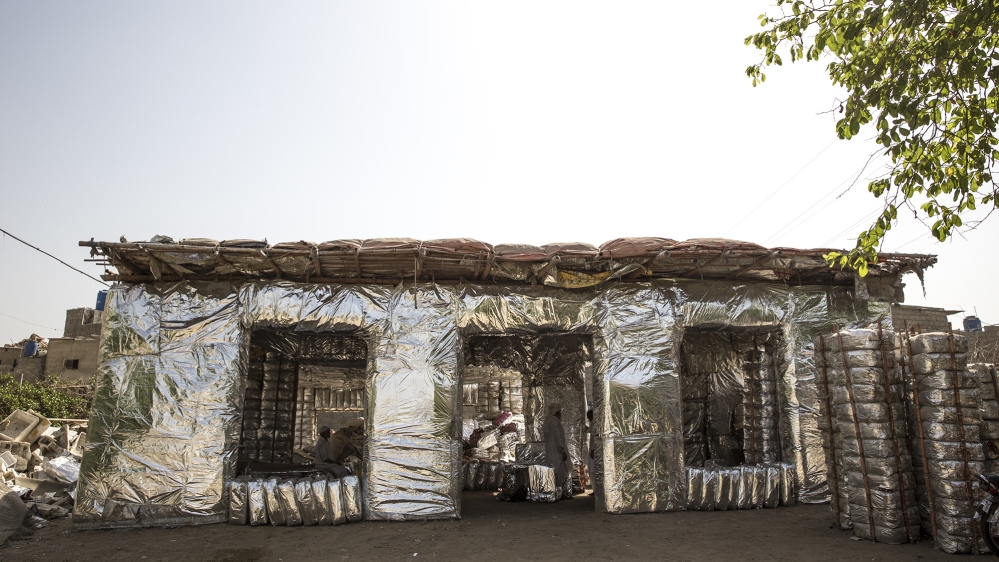 But Latif remained adamant that there was life left in the rubbish that was being disposed of, particularly the plastic.

Gul Bahao started off 22 years ago with an “army” of more than 70 boys from Uzbekistan, who helped Latif collect plastic, vegetable and fruit peels, and other material from all over Karachi.

In 2004, Latif established a research centre on government-owned land in front of some shack homes. She recalls how trucks and minivans would roll out of it in those early days.

Now, the centre is full of unorganised stacks of plastic – and a chandi ghar, a type of shelter that has been used to house those displaced by the 2005 earthquake in Pakistan as well as family members of patients at the Civil Hospital Mithi in the deprived Tharparkar district of the country.

Latif says that since 2005, more than 150 of these structures have been made and delivered all over Pakistan.

Then there are mobile, foldable toilets that she says can cater to those travelling long distances on buses as well as to villagers who may not have toilet facilities in their homes.

Everything the project creates – from shelters to tables, chairs and toilets – consists of waste plastic inside a thermopore shell. The plastic – “virgin”, as Latif calls it to differentiate it from other rubbish – is mostly confectionary wrappers that factory owners have rejected due to printing issues. They form “bricks” that are then tied together to create the finished product. For the pillars of the shelters, the bricks are tied with wooden poles which are fitted into a roughly two-foot deep hole in the ground.

But, Latif explains, the project is “not a commercial venture, but a research one”.

“We spent over 10 million rupees on this project in 2006 alone. Since then, the expenses have gone down.”

Most of the funding has come from Latif herself or from grants the project has received along the way.

Sitting inside one of the chandi ghars, there is a constant flow of air from the early morning breeze. The structure seems sturdy, but it’s hard to tell how well it will withstand the midday summer heat. 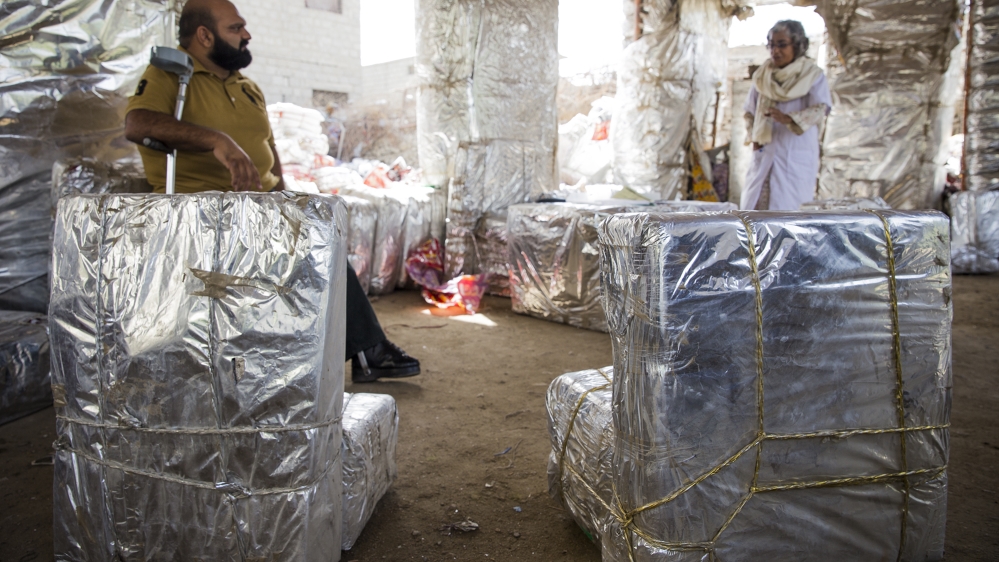 “You can make beautiful structures using rejected material. Houses, swimming pools, water reservoirs in areas where there are water issues, little dams even,” Latif explains. “I’ll be damned if people don’t use this to their advantage. One extreme is a wedding banquet, the other a poor man’s hut.

“The plastic inside is not a filling, it’s a technique … You can only make it if you learn how to,” she continues, leaning forward and wagging her index finger. “If you make such bricks, it’s bye-bye to pollution, climate change and the melting glaciers.

“Because you’ve stopped burning garbage and plastic. It will stop getting stuck in drains as well as prevent flooding of roads when it rains.”

Latif is enthusiastic about her work. She has three workers helping her in the research centre – “They will complain to you they don’t get paid on time,” she says – and a manager.

There is a bed made out of plastic waste on the premises where the helpers can relax. For Latif, there are no fixed working hours. If she’s not at the research centre, she is at an exhibition promoting the shelters or at a meeting seeking interest or grants.

But not everyone shares her enthusiasm and the organisation is struggling. The 70-person team she once had is no more. Now there are just seven left. Over the past two decades, Gul Bahao has spent $90,000. Latif doesn’t say how much it has made.

Convincing the public that the construction material is clean has been difficult, Latif explains.

“People say this is made from garbage, and we don’t want to live or sit on garbage. But this is clean material, especially the plastic. It’s difficult to remove that thinking and perception,” she says.

Finding funding is another problem, and Latif must spend much of her time looking for the money to keep the project going.

“Nobody is willing to give us funds because nobody thinks highly of research here. In the past, companies used to give us paper, plastic, oil, cardboard and metal and we used to sell those and fund this project from the money we got.

“We never got a lot of cash funds, but mostly [get paid] in kind favours.” 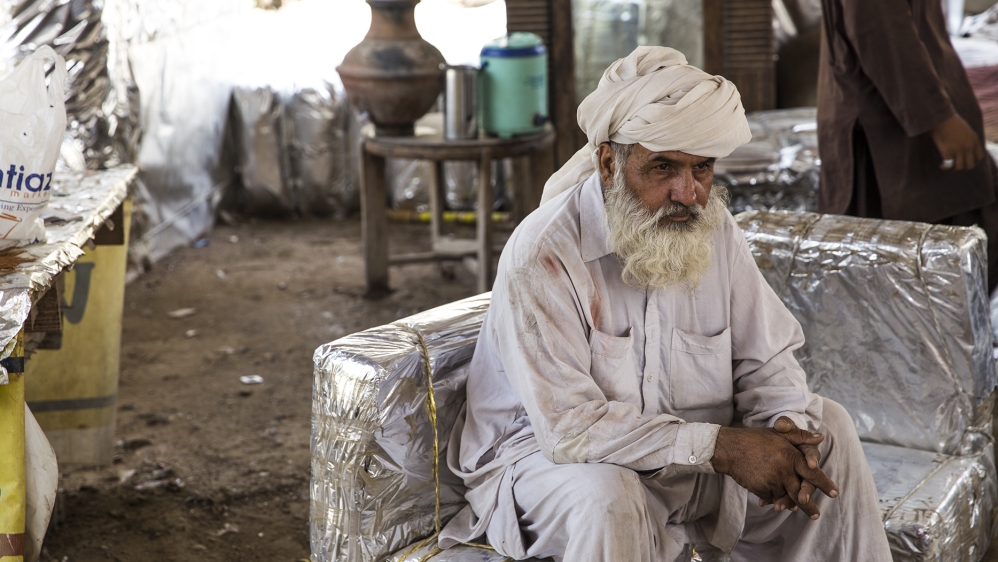 The Chandi Ghars are also aimed at the nomads in Pakistan’s Tharparkar district, which suffers from extreme poverty, a shortage of rainfall and inadequate water supplies.

“Those families, instead of living in mud houses, can benefit from these shelters. Once the water runs out, they can easily pack up and move with their livestock to a place with water and farming facilities. They won’t need to construct their mud houses from scratch. This would also reduce infections and diseases that spread because of dirt and mud,” Latif explains.

As Latif excitedly prepares for a presentation of Gul Bahao’s work, she insists that this technology “will revolutionise the world, just like the steam engine and the mobile phone”.

Those are big ambitions that have yet to be fulfilled, but Latif is adamant that her ideas can benefit the world – where the annual consumption of plastic has increased from around five million tonnes in the 1950s to nearly 100-million tonnes now – and, in so doing, help her keep the promise she made to God from her hospital bed all those years ago.

“It’s an environmentalist’s dream,” she says. “The world will be clean of pollution and plastic bags because we’re putting them to good use.” 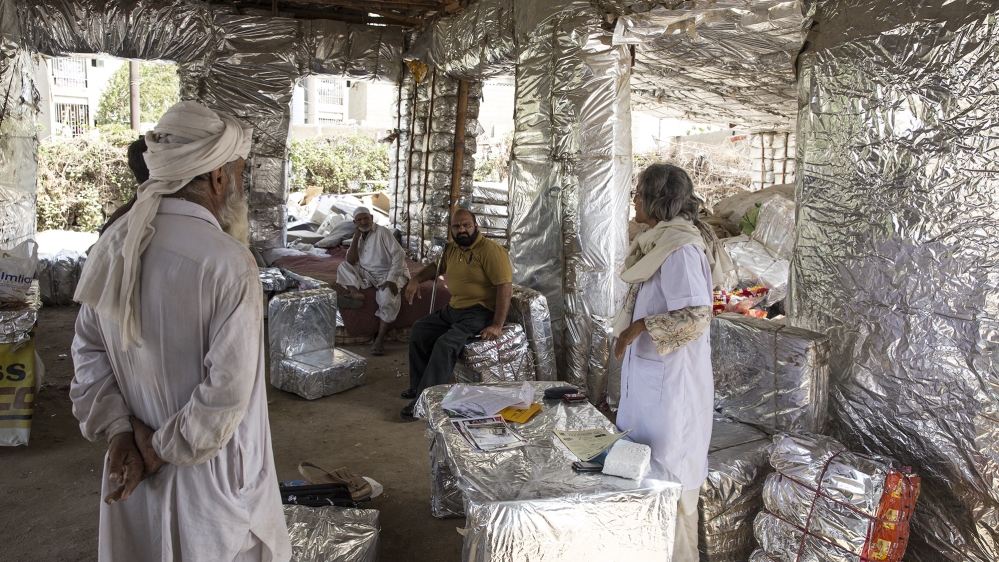