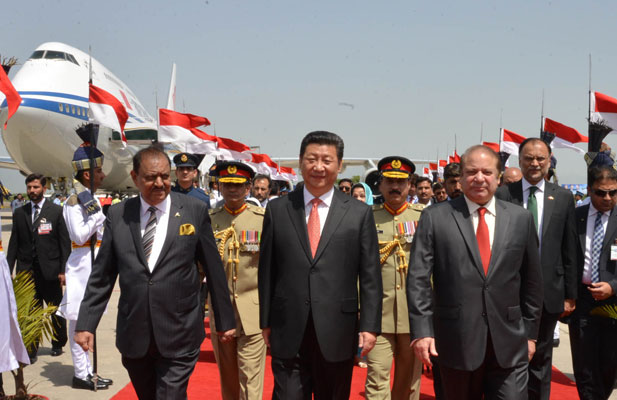 External Affairs Minister of India Sushma Swaraj expressed New Delhi’s concern on the China Pakistan Economic Corridor (CPEC) in a meeting with the Chinese minister Wang Yi. Swaraj said that India outright “resolutely opposes” CPEC which would run through the Indian claimed territory of Pakistan’s Kashmir. This statement has been made when India’s Prime Minister Narendra Modi had an all party meeting in which he claimed that PoK is India’s property.

India also questioned China on their bid of blocking their entry in the Nuclear Suppliers Group (NSG) and along with Beijing’s opposition to UN sanctions against the Jaish-e-Muhammad chief Masood Azhar. Swaraj said that India was trying to meet clean energy goals with COP-21 which makes them eligible for NSG. India also offered to discuss any technical issues or concerns that China would have regarding them joining NSG.

China had stopped India’s bid for membership to (NSG) at a meeting compromising of 48-nations in June. China stated that India had not signed the Nuclear Non-Proliferation Treaty (NPT) which is why they weren’t eligible. India reacted to this statement harshly stating that, “China is the only country that put a road block to India’s NSG membership.”

Swaraj also argued with China about blocking India’s effort to ban the JeM chief Masood Azhar, who is allegedly the mastermind of the Mumbai and Pathankot terror attacks. “China’s technical hold on listing of Masood Azhar in the UNSC 1267 Committee was also taken up. China was urged to revisit its technical hold in line with its own professed zero-tolerance towards terrorism,” said a well known Indian newspaper.

China however did not give a response to India as such. On NSG they insisted on India signing the NPT and as for Masood Azhar they asked India to “sort it out with Pakistan”.

The foreign minister of China on the other hand was not in India to discuss these issues. China was focused on getting India’s cooperation on multilateral summits like G-20, BRICS, and East Asia Summit in the months ahead.