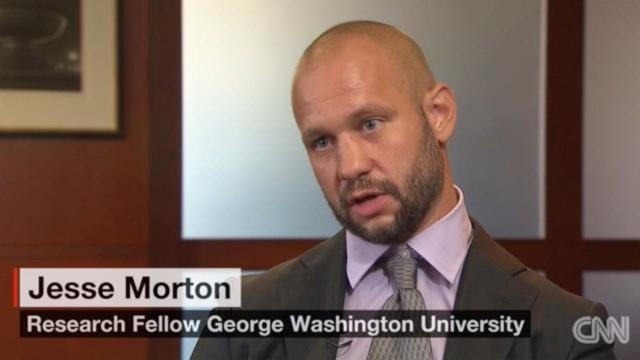 A former Islamic extremist who supported al-Qaeda and exhorted others to follow Osama bin Laden has joined George Washington University as a research fellow.

Jesse Morton, who was born in Pennsylvania and said he became a Muslim when he was 20 after reading “The Autobiography of Malcolm X” in prison for a drug offense argues that he can offer an insider’s perspective on Islamic radicalization — and how to counter that threat.

Morton is the first former extremist in the United States to join an academic program, Lorenzo Vidino, director of GW’s Program on Extremism said, although there are some working in Europe, and he pointed to the ways law enforcement works with former gang members to infiltrate criminal networks.

“This is the first time it’s been done with a jihadist,” Vidino said.

Morton offered something unique: Experience as a recruiter for al-Qaeda. And a master’s degree from Columbia University.

That combination of insider’s perspective, intellectual curiosity and analytic ability makes him invaluable, Vidino argued. “It’s an unusual hire,” he said, and one that the university undertook only after months of research, including interviews with law enforcement and intelligence sources and even an attempt to trick Morton with another former extremist, to see if he was telling them the truth.

“Healthy skepticism is fair,” Vidino said. “He has said it’s up to him to prove he’s truly reformed.”