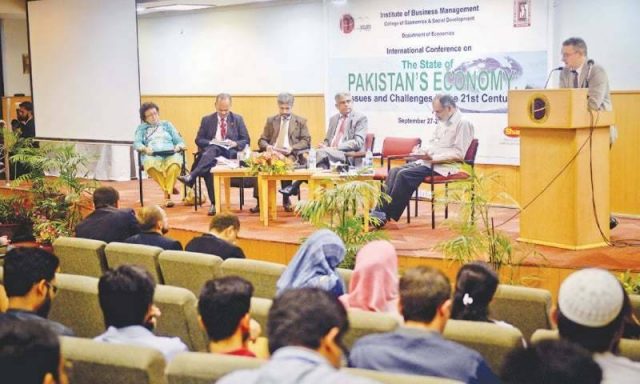 Senior researcher at the Institute of Oriental Studies, Russian Science Academy in Moscow, Dr Natalia Zamaraeva read out a paper in which she shared her research on the prospects and challenges of CPEC which she considers a “game-changer for the region”.

“CPEC, in my opinion, is the second phase of the new concept of the Silk Road. Signed in March 2015, China made a concrete proposal to Islamabad on interfacing the development strategy of the two countries,” she said.

According to estimates of Pakistani experts which Dr Zamaraeva shared, “its implementation will contribute to the country’s GDP by three per cent”.

In response to a question regarding security threats the project faces, she said that Pakistan would try to avoid any sort of global engagement that might put a strain on the project. “One such example is when Pakistan decided not to send its troops to Yemen.”

She also lauded the efforts of the organisers to encourage different perspectives on the topic, and added that in the “Russian federation too, we have similar heated discussions on the topic of CPEC.”