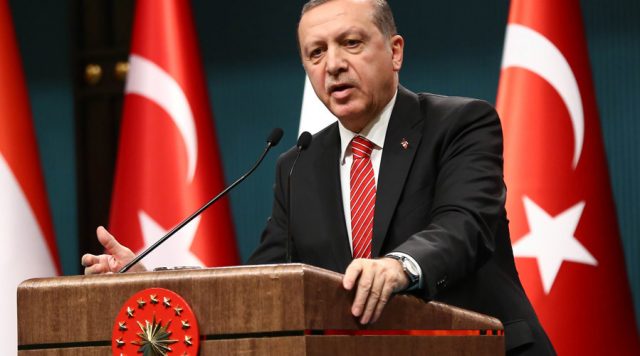 President Erdogan will be accompanied by a high-level entourage, including ministers and senior officials, as well as a large business delegation.

Besides meeting President Mamnoon Hussain, the Turkish President will hold talks with Prime Minister Muhammad Nawaz Sharif where the two leaders would cover entire range of bilateral matters, as well as regional and international issues.

The Turkish President is also scheduled to address the Joint Session of the Parliament.

President Mamnoon will host a banquet in honour of the distinguished guest and his entourage.

President Erdogan will also travel to Lahore, where the Prime Minister will host a banquet in his honour at the Shahi Fort.

“Pakistan and Turkey are bound by an exemplary relationship characterized by warmth, cordiality and mutual trust. There are embedded deep in history, common faith, cultural and linguistic affinities and a sense of common destiny,” the Foreign Office statement added.

Frequent exchanges at the leadership and ministerial levels and growing cooperation in diverse fields are the hallmarks of the unique bonds between Pakistan and Turkey.

The leadership of both countries is committed to transforming this historic relationship into a strong strategic partnership, in line with the realities of the 21st century.

High Level Strategic Cooperation Council at the leadership level and a host of other bilateral institutional mechanisms provide effective platform for frequent exchange of views.

Bilateral relations between Pakistan and Turkey have witnessed tremendous growth and dynamism in recent years. Both sides are working to give powerful thrust to bilateral trade, investment and commercial cooperation as part of the efforts to build a robust economic partnership.

Both countries closely collaborate with and mutually support each other at regional and international forums. Turkey has steadfastly supported the people of Occupied Jammu and Kashmir, in their just struggle for the right to self-determination in accordance with the relevant UN resolutions.

“The friendly nation of Turkey plays a vital and active role as a member of the OIC Contact Group on Jammu and Kashmir. In a vivid reflection of mutuality of concerns, Pakistan supports Turkey on the Cyprus issue,” the statement mentioned.

The leaderships in Pakistan and Turkey remain strongly committed to further deepening and strengthening the bilateral relationship in all fields of human endeavor.