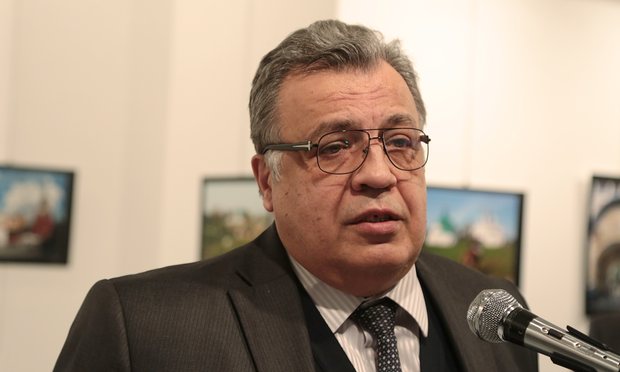 The Russian ambassador to Ankara was seriously wounded in a gun attack at a art gallery in the Turkish capital on Monday and was taken to hospital.
Reports said Andrei Karlov was attending the opening of an exhibit at a contemporary arts center when he was attacked. Karlov was several minutes into a speech at the exhibit when a man shouted ‘Aleppo’ and fired at least eight shots.

The attacker also said some words in Russian, and smashed some of the photographs.
Hurriyet newspaper said Karlov had been taken to hospital with serious injuries, though other sources suggested he was still on the scene. Turkey’s NTV reported that the gunman had been killed by police.

Turkish officials said the assassin entered the building claiming he was a police officer.