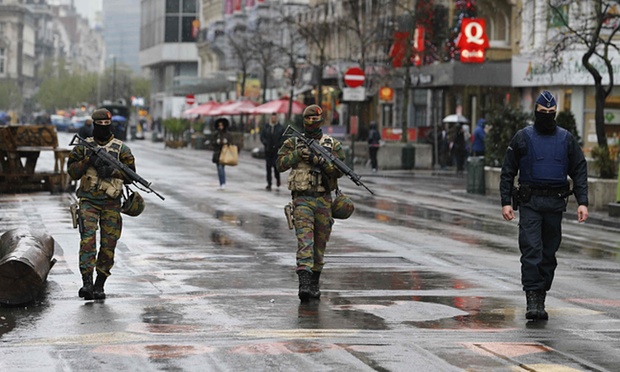 Soldiers shot suspect in the heart of Brussels

after an explosion at a train station Tuesday night, the AP reports. A bomb squad performed a controlled explosion of a bomb belt the suspect had at the Central Station and established a wide perimeter near the city’s Grand Place square while checking to see if there were more hazards. It seems no one else was injured besides the suspect and the damage from the explosion. It’s uncertain if the suspect survived. Federal prosecutor Eric Van der Sypt said authorities are treating the incident “as a terrorist attack” that was foiled when the suspect was “neutralized.” 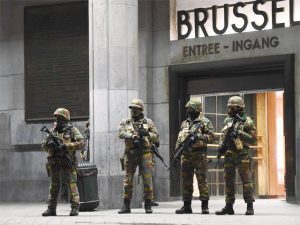 was warned by a train driver who saw people running across the rail lines inside the station, a spokesperson said. National newspaper La Libre Belgique quoted the prosecutor’s office as saying the suspect was wearing a backpack and an explosive belt. Belgium has been on high alert since suicide bombers killed 32 people on the Brussels subway and at an airport in March 2016.