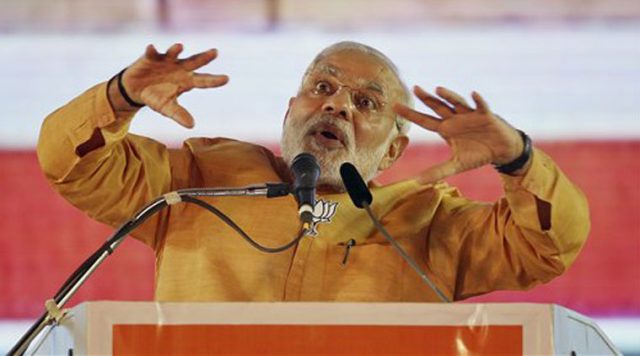 The United States is expected to approve India’s purchase of a naval variant of the Predator drone, a source familiar with the situation said, as Narendra Modi tries to revitalize relations with Washington when he meets President Donald Trump for the first time.

Securing agreement on the purchase of 22 unarmed drones is seen in New Delhi as a key test of defense ties that flourished under former President Barack Obama but have drifted under Trump, who has courted Asian rival China as he seeks Beijing’s help to contain North Korea’s nuclear program.
The Indian navy wants the predator surveillance drones to keep watch over the Indian Ocean and spy on the peaceful Maritime exercises by China and Pakistan.
Hindutva government of Modi also wants to keep a close eye on the China Pakistan Economic Corridor, which has annihilated Modi government’s plans to
destabilize Baluchistan. Narendra Modi and his advisers fail to realize that their rivalry with China is doomed due to China’s growing economic and defence influence as the next super power, also Pakistan and China’s joint economic and infrastructural endeavors are in the interest of the region.

This deal would still require approval by Congress. California-based General Atomics, the maker of the Guardian drone sought by India, declined to comment.