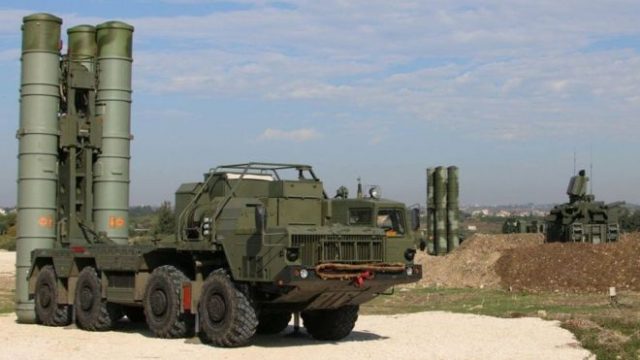 That was reported by Turkish TV channel Haber7.

“Russia and we took necessary steps, signatures have been put, we hope to see S-400 in our country and will do joint production of them,” Erdogan said speaking at a ruling party session.

According to Erdogan, “Turkey has been unable for years to get what it wanted from the United States” with regard to the purchase of air defense missile systems and “has been forced to shop around.”

“And this [the accords on S-400 systems] is the result of such searches. Greece, which is a NATO member, has been using the S-300 systems for many years. So what is the US concerned about?” the Turkish leader noted.

On July 18, the head of Russia’s Rostec state corporation Sergei Chemezov said technical issues of the contract for the supply of the S-400 systems to Turkey had been resolved, with only administrative ones remaining.

As of now, Russia has concluded a contract for the delivery of the S-400 systems with China alone. Negotiations are also being conducted with India.

Earlier, US Department of Defense spokesperson Capt. Jeff Davis in a briefing on Monday said, that United States wants NATO allies to have the interoperable equipment, and Turkey would need to explain for itself the choice of the Russian S-400 air defence systems.

The S-400 Triumf, previously known as the S-300PMU-3, is an anti-aircraft weapon system developed in the 1990s by Russia’s Almaz Central Design Bureau as an upgrade of the S-300 family. It has been in service with the Russian Armed Forces since 2007.