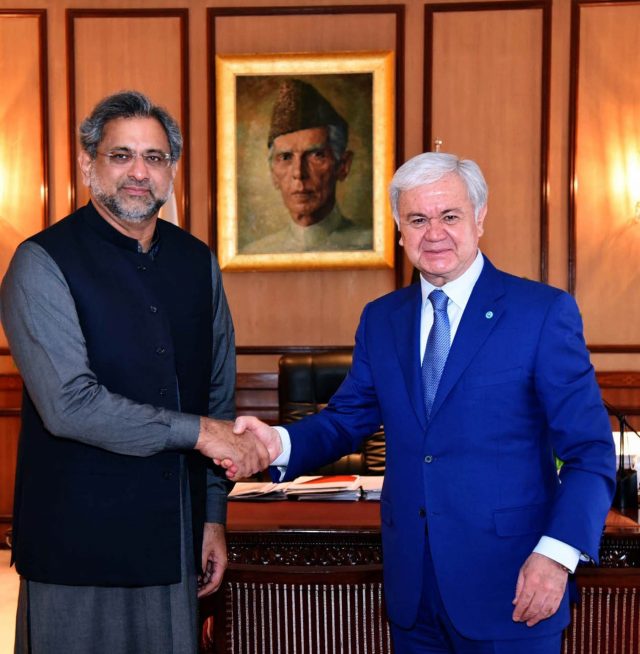 This would become a conduit linking Eurasian landmass, China, Russia and Central Asia with the Arabian Sea, the prime minister said in his meeting with SCO Secretary-General Rashid Alimov here at the PM Office.

This is the first visit of the secretary-general after attainment of Pakistan’s full membership of SCO. 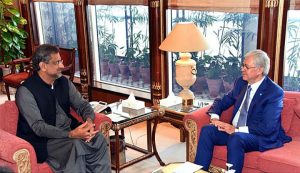 He thanked the secretary-general for his support in steering the process of Pakistan’s membership of SCO and reiterated Pakistan’s commitment towards “Shanghai Spirit” of mutual trust, mutual benefit, equality, respect for cultural diversity and pursuit of common development.

He said Pakistan shared with SCO and its members, deep-rooted historical and cultural links and strong economic and strategic complementarily.

Highlighting Pakistan’s active participation in all the SCO activities, the prime minister appreciated that SCO had established itself as a significant and influential player in the international arena by leveraging its comparative advantages.

The prime minister said SCO’s unique and pragmatic portfolio of economic, trade, development, security and counter-terrorism cooperation distinguished it from other international organizations. 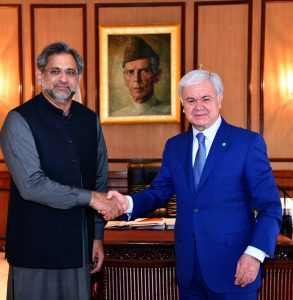 He expressed support for the SCO Regional Anti-Terrorism Structure (RATS), and reiterated Pakistan’s strong opposition to the evils of terrorism, extremism and separatism.

The secretary-general appreciated Pakistan’s active participation in all SCO activities and said the inclusion of new members like Pakistan had greatly strengthened SCO as a true cross-regional and cross-continental organization playing a multifaceted role in the world politics.

He said SCO could enormously benefit from Pakistan’s experience in successful combating of the menace of terrorism, narcotics and drugs as well as its economic strengths and connectivity potentials.

He said that Pakistan encourages trade and transit through its territory as it is upgrading infrastructure, roads, railways and ports.

Sartaj Aziz said that CPEC will provide natural connectivity to SCO member states and is already connected to six routes of SCO through the nodal point of Kashgar.

He said that CPEC-SCO connectivity would further enhance economic cooperation, and special economic zones along the corridor will spur growth and economic opportunities for the entire region.

Rashid Alimov said that the full membership of Pakistan in SCO will greatly enhance the development prospects of the entire region.

Meanwhile, Minister for Communications Hafiz Abdul Karim said that Pakistan’s entry into SCO would further strengthen its relations with the member states of the organization.

During a meeting with Rashid Alimov, the minister said that expansion of road infrastructure in SCO would help bring economic and political stability in the region and help improve security situation of the regional countries.

SCO secretary-general said that communications and transport sector was one of the key areas in the enhancement of mutual cooperation among the member states of the organization.

He said that the annual summit of the SCO member states held in Dushanbe, Tajikistan, witnessed the signing of the intergovernmental agreement of the member countries on the facilitation of international road transport. This road transport facilitation agreement is expected to significantly promote regional and sub-regional connectivity and integration, particularly the revitalization of the ancient silk road, he remarked.