Zain Khan Live (Science) The workings of human consciousness are similarly miraculous. Like the laws of mathematics, consciousness has no physical presence in the world; the images and thoughts in our consciousness have no measurable dimensions.

Yet, our nonphysical thoughts somehow mysteriously guide the actions of our physical human bodies. This is no more scientifically explicable than the mysterious ability of nonphysical mathematical constructions to determine the workings of a separate physical world.

Until recently, the scientifically unfathomable quality of human consciousness inhibited the very scholarly discussion of the subject. Since the 1970s, however, it has become a leading area of inquiry among philosophers.

Recognizing that he could not reconcile his own scientific materialism with the existence of a nonphysical world of human consciousness, a leading atheist, Daniel Dennett, in 1991 took the radical step of denying that consciousness even exists.

Finding this altogether implausible, as most people do, another leading philosopher, Thomas Nagel, wrote in 2012 that, given the scientifically inexplicable – the “intractable” – character of human consciousness, “we will have to leave [scientific] materialism behind” as a complete basis for understanding the world of human existence.

As an atheist, Nagel does not offer religious belief as an alternative, but I would argue that the supernatural character of the workings of human consciousness adds grounds for raising the probability of the existence of a supernatural god. 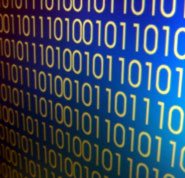 All instruction, all teaching, all training comes with intent. Someone who writes an instruction manual does so with purpose. Did you know that in every cell of our bodies there exists a very detailed instruction code, much like a miniature computer program? As you may know, a computer program is made up of ones and zeros, like this: 110010101011000. The way they are arranged tell the computer program what to do. The DNA code in each of our cells is very similar. It’s made up of four chemicals that scientists abbreviate as A, T, G, and C. These are arranged in the human cell like this: CGTGTGACTCGCTCCTGAT and so on. There are three billion of these letters in every human cell!!

Well, just like you can program your phone to beep for specific reasons, DNA instructs the cell. DNA is a three-billion-lettered program telling the cell to act in a certain way. It is a full instruction manual.13 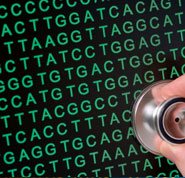 Why is this so amazing? One has to ask….how did this information program wind up in each human cell? These are not just chemicals. These are chemicals that instruct, that code in a very detailed way exactly how the person’s body should develop.

Natural, biological causes are completely lacking as an explanation when programmed information is involved. You cannot find instruction, precise information like this, without someone intentionally constructing it.

The universe had a start – what caused it? 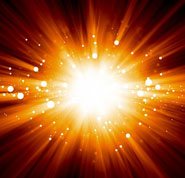 Scientists are convinced that our universe began with one enormous explosion of energy and light, which we now call the Big Bang. This was the singular start to everything that exists: the beginning of the universe, the start of space, and even the initial start of time itself.

Astrophysicist Robert Jastrow, a self-described agnostic, stated, “The seed of everything that has happened in the Universe was planted in that first instant; every star, every planet and every living creature in the Universe came into being as a result of events that were set in motion in the moment of the cosmic explosion…The Universe flashed into being, and we cannot find out what caused that to happen.”9

Steven Weinberg, a Nobel laureate in Physics, said at the moment of this explosion, “the universe was about a hundred thousands million degrees Centigrade…and the universe was filled with light.”10

The universe has not always existed. It had a start…what caused that? Scientists have no explanation for the sudden explosion of light and matter.

The complexity of our planet points to a deliberate Designer who not only created our universe, but sustains it today.

Many examples showing God’s design could be given, possibly with no end. But here are a few:

The Earth…its size is perfect. The Earth’s size and corresponding gravity holds a thin layer of mostly nitrogen and oxygen gases, only extending about 50 miles above the Earth’s surface. If Earth were smaller, an atmosphere would be impossible, like the planet Mercury. If Earth were larger, its atmosphere would contain free hydrogen, like Jupiter.3 Earth is the only known planet equipped with an atmosphere of the right mixture of gases to sustain plant, animal and human life. 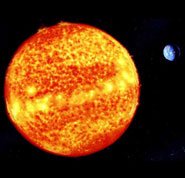 The Earth is located the right distance from the sun. Consider the temperature swings we encounter, roughly -30 degrees to +120 degrees. If the Earth were any further away from the sun, we would all freeze. Any closer and we would burn up. Even a fractional variance in the Earth’s position to the sun would make life on Earth impossible. The Earth remains this perfect distance from the sun while it rotates around the sun at a speed of nearly 67,000 mph. It is also rotating on its axis, allowing the entire surface of the Earth to be properly warmed and cooled every day.

And our moon is the perfect size and distance from the Earth for its gravitational pull. The moon creates important ocean tides and movement so ocean waters do not stagnate, and yet our massive oceans are restrained from spilling over across the continents.4

Water…colorless, odorless and without taste, and yet no living thing can survive without it. Plants, animals and human beings consist mostly of water (about two-thirds of the human body is water). You’ll see why the characteristics of water are uniquely suited to life:

It has wide margin between its boiling point and freezing point. Water allows us to live in an environment of fluctuating temperature changes, while keeping our bodies a steady 98.6 degrees. 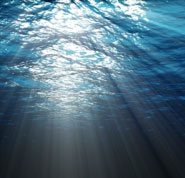 Water is a universal solvent. This property of water means that various chemicals, minerals and nutrients can be carried throughout our bodies and into the smallest blood vessels.5

Water is also chemically neutral. Without affecting the makeup of the substances it carries, water enables food, medicines and minerals to be absorbed and used by the body.

Water has a unique surface tension. Water in plants can therefore flow upward against gravity, bringing life-giving water and nutrients to the top of even the tallest trees.

Water freezes from the top down and floats, so fish can live in the winter. 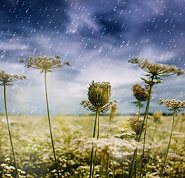 Ninety-seven percent of the Earth’s water is in the oceans. But on our Earth, there is a system designed which removes salt from the water and then distributes that water throughout the globe. Evaporation takes the ocean waters, leaving the salt, and forms clouds which are easily moved by the wind to disperse water over the land, for vegetation, animals and people. It is a system of purification and supply that sustains life on this planet, a system of recycled and reused water.

The universe operates by uniform laws of nature. Why does it?

Much of life may seem uncertain, but look at what we can count on day after day: gravity remains consistent, a hot cup of coffee left on a counter will get cold, the earth rotates in the same 24 hours, and the speed of light doesn’t change — on earth or in galaxies far from us. 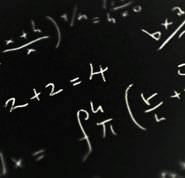 How is it that we can identify laws of nature that never change? Why is the universe so orderly, so reliable?

“The greatest scientists have been struck by how strange this is. There is no logical necessity for a universe that obeys rules, let alone one that abides by the rules of mathematics. This astonishment springs from the recognition that the universe doesn’t have to behave this way. It is easy to imagine a universe in which conditions change unpredictably from instant to instant, or even a universe in which things pop in and out of existence.”11

Richard Feynman, a Nobel Prize winner for quantum electrodynamics, said, “Why nature is mathematical is a mystery…The fact that there are rules at all is a kind of miracle.”