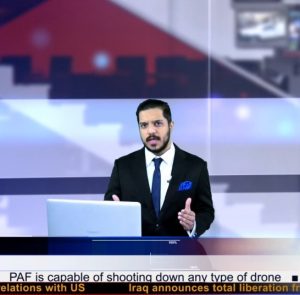 Zain Khan a Broadcast Journalist, Filmmaker and Columnist has appeared on many different television shows, where he discusses topics related to defense, geopolitics and also his film projects. As a host of an international geopolitical talk show called ‘Tactical Talk’, Zain Khan gives a multi narrative analysis where he emphasizes on global foreign policy.

Tactical Talk brings a variety of awesome voices to the discussion which makes the conversation diverse.  Tactical Talk Network holds a series of Talk shows discussing geopolitics and foreign policy, and invites award winning journalists and government officials to share their opinions. Tactical Talk invites esteemed guests from around the world, presenting their country or state foreign policies for discussion on the show.
Tactical Talk Network is a global news and information platform at the intersection of geopolitics and policy, publications currently based in Washington D.C., London, Islamabad and Europe with continued expansion into various capitals of the world

Tactical Talk has one of the most robust and rapidly expanding scoops from journalists and experts covering geopolitics and foreign policy of the world. Since its launch in 2015, Tactical Talk has delivered journalism on geopolitics and global policy which has made it more authoritative in its sophistication and nonpartisan perspective than any competitor.
Over the years, Tactical Talk broadcast on geopolitics and global policy has proven to be of importance to people with a professional interest in current affairs and fascinating for a community of people who love the drama of global affairs. Tactical Talk believes in informing it’s viewers on the diverse global narratives and foreign policies of different countries in the world.